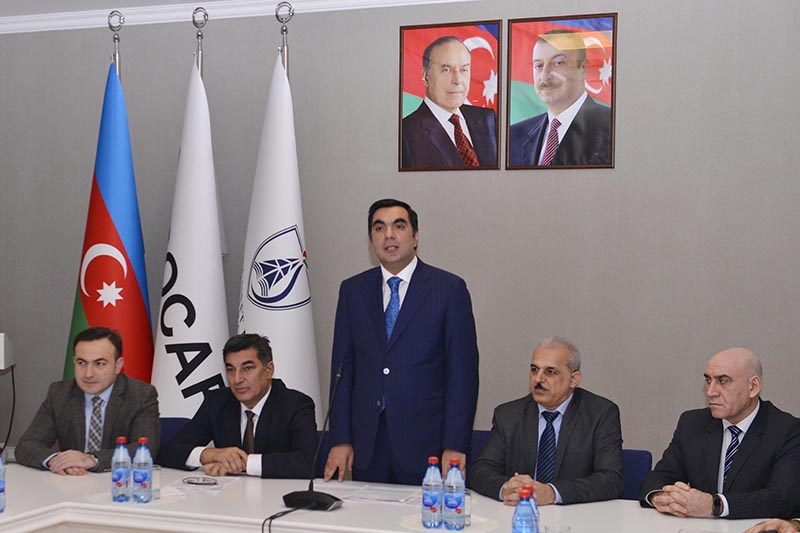 In his welcoming speech at the opening of the ceremony, Elmar Gasimov told about remarkable achievements attained by SPM. He introduced the guests and expressed his gratitude to them for attention and continuous assistance to the School of Project Management, which operates with organizational support from the Higher School. Speaking at the gathering, Teyyub Jabbarov, Bakhtiyar Aslanbayli and Asif Shafaggatov emphasized the important role played by SPM in training of project managers and wished the new trainees every success in their study. At the end of the ceremony, the students of the “Stream 18” group introduced themselves and their organizations including, among others, SOCAR, OJSCAzersu, BP, CBMC, CNFA, Ernst&Young, “Neftqaztikinti”, “Azərkimya”, “Azneft” Production Union and Worley Parsons.

Interest of state organizations and private companies to the School of Project Management has grown considerably last year. They send their best specialists to study at SPM so that they can become project managers in the future. The SPM curriculum, which comprises seven modules of training, is based on Master degree academic program of the George Washington University. Upon successful completion of the study, the trainees will be awarded Master certificates from the university.